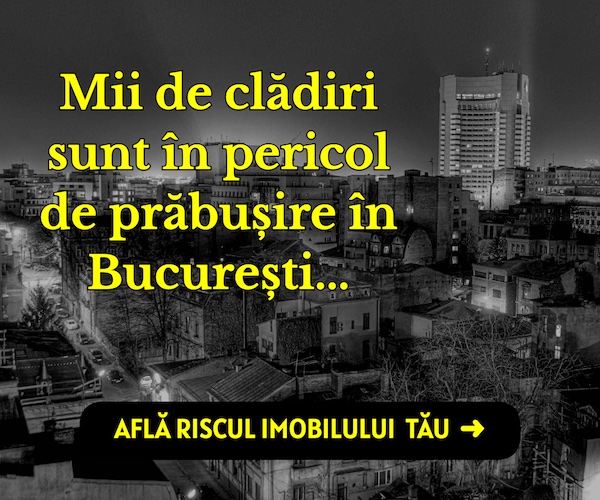 Retired four-star General Gabriel Oprea
brings both military and political know-how to the Ministry
of National Defense (MoND). After serving for over a decade
as a logistics and legal officer in the Army, Oprea continued
to serve as a military academic at the National Defense
College. While well respected as a soldier and an academic,
Oprea's real talents became evident once he entered politics.
This is evident in his rapid rise through the retired ranks.
Despite retiring as only a Captain, Oprea has been promoted
to the rank of four-star General, and now Minister of
National Defense and head of a growing and increasingly
powerful group of Parliamentarians, due to his political
skill and knack for picking the winning side in Romania's
rough and tumble political battles. END SUMMARY.

2. (C) Gabriel Oprea graduated from the Logistics
Department of the Sibiu-based School for Active Duty Officers
in 1983 and served as a logistics officer in a
Bucharest-based unit until graduating from the Bucharest Law
School in 1990. He then served as a military justice officer
until his retirement from active duty with the rank of
Captain in 1993. Oprea then went on to study national
security and defense issues at the National Defense College
before becoming the vice chair of the National Defense
College Foundation and deputy director of the National
Defense College itself. In 2001 he became professor at the
National Defense College. Oprea has also worked as a
professor with the National Academy for Intelligence, and
serves as a Ph.D. coordinator there and at the Romanian
Police Academy. Oprea also sits on the Board for the
Certification of Academic Titles, Diplomas, and Licenses. It
remains unclear when Oprea received his own Ph.D. and topic
of his doctoral thesis is not a matter of public record.

3. (SBU) It is unclear how and when Oprea advanced from
captain in 1993 to major, lieutenant colonel, colonel. He
was promoted to brigadier general (one star) in November
2001, he received his second star in 2003, the third in 2008
and the fourth in 2009. The first two stars were awarded by
President Ion Iliescu of the Social Democratic Party (PSD)
while Oprea was serving in the PSD. The second two stars
were granted by President Basescu, after Oprea began to
distance himself from the PSD.

OPREA AND THE PSD

4. (C) While Oprea did not become a "card-carrying" member
of the PSD until 2003, his political career began in 2001
when he served as a State Secretary in the Ministry of the
Interior in the PSD Prime Minister Adrian Nastase's
Government. In 2004, Oprea became the PSD chairman for the
Ilfov region, adjacent to Bucharest and increased his
political, and reportedly his personal, fortunes by creating
a network of contacts and supporters and investing in local
real estate. From 2004 to 2008, Oprea was a member of
Parliament, serving on the Joint Committee for the Romanian
Intelligence Service Oversight and the Committee for Defense,
Public Order and National Security. It was in this role that
the Embassy invited Oprea on a demonstration flight on an
F-16 in October 2008. When the PSD formed a coalition with
President Basescu's Democratic Liberal Party (PDL) in
December of 2008, Oprea, with the support of Nastase, was
chosen as Interior Minister. Despite receiving the position,
Oprea was uncomfortable with his position in the PSD. He was
closely allied with the increasingly isolated Nastase, and
was opposed by the ascendant PSD president Mircea Geoana.
Oprea would soon gamble his political future by challenging
the PSD.

5. (C) Oprea's tenure as PSD Interior Minister was
short-lived. He quickly lost the trust of the PSD by naming
Virgil Ardelean, a Basescu favorite, as head of the Interior
Ministry's in-house intelligence service and by refusing to
name PSD members to the plum positions within the ministry.
The PSD accused Oprea of being President Basescu's Trojan
horse within the Cabinet. Chairman Geoana called Oprea to
confront him about the appointments but Oprea "rudely" told
him he was not accountable to the party for his work as
minister. Less than a month after he took office, the PSD
withdrew its political support for Oprea and he resigned from
his position as minister. (Note: The next PSD Interior

BUCHAREST 00000040 002 OF 002
Minister, Liviu Dragnea, also resigned ten days after his
appointment, privately citing the same pressures to appoint
people hand-picked by PSD leadership. End note.) Oprea
resigned from the PSD two days later and publicly said that
he chose to resign rather than become a puppet of the PSD
leadership.

6. (SBU) On the presidential campaign trail in 2004, Traian
Basescu called Oprea a "member of Adrian Nastase's personal
mafia" and accused Oprea of serving as front man for
Nastase's business deals and doing his dirty work for him.
Yet, by the end of 2009, Oprea had become Basescu's political
ally and his nominee for an important cabinet position. In
October 2009 President Basescu awarded Opera his fourth-star
and praised him as the "first minister" who resigned rather
than appoint incompetent people for political reasons.

7. (C) Following his departure from the PSD, Oprea became the
leader of a growing group of "Independent" MPs who had
defected from the PSD and the National Liberal Party (PNL) to
support President Basescu. In the lead-up to the December
2009 presidential election, Oprea used his extensive network
of business and political associates to actively campaign and
raise money for Basescu's re-election. Following Basescu's
victory, Oprea formally participated in the consultations to
form the government on behalf of the Independents in
Parliament (now around 25 and growing). With the help of PDL
leaders, Oprea is reportedly busy recruiting further
Independents, sparking rumors that he, together with PSD
reformers and PNL defectors, will set up a new party, the
Union for Progress, later in 2010.

8. (C) At his confirmation hearing before the Parliament in
December 2009, Oprea said that he would resign if the
military does not receive a larger budget, "more than two
percent of the national budget," after the economy recovers.
At Oprea's inauguration ceremony, President Basescu recalled
Oprea's uncompromising stand as Interior Minister, and said
that in 2010 the Romania military's mission will increase,
there will be more troops in the Afghanistan theaters, and
additional financial resources beyond those in the budget
will be provided at the discretion of the PM. Oprea
responded that he knows the issues that the military faces
and that he is "ready to fight to solve them." Oprea
acknowledged the financial difficulties facing the Romanian
Government in 2010 but pledged "not to leave behind the
Romanian troops who are in theater."

9. (C) COMMENT. The Romanian Ministry of National Defense
has been plagued by a series of ministers who were unable, or
unwilling, to fight for the resources necessary to modernize
the armed forces and support their deployments around the
world. Despite the apathy of previous ministers, the
Romanian military has proven to be a strong NATO ally in
Afghanistan, Iraq and in the Western Balkans. Recently, the
CHOD, Adm. Gheorghe Marin, told the Defense Attach that he
is encouraged by the new Defense Minister's experience in
both the military and in the Parliament. As a major new
player in Romanian party politics, Oprea has the ear of the
President and sits at the head of a block of parliamentary
votes that are essential to the success of the new
Government. He is strongly independent and well positioned
to fight for new resources for a military that has long made
do with less. END COMMENT.
GITENSTEIN 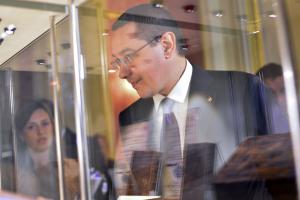 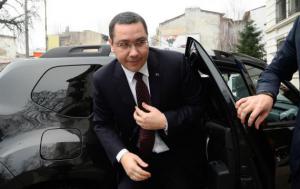 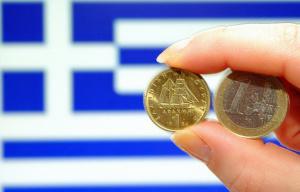 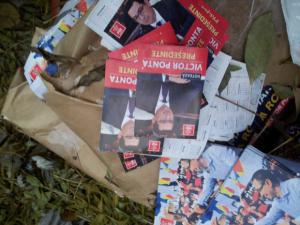 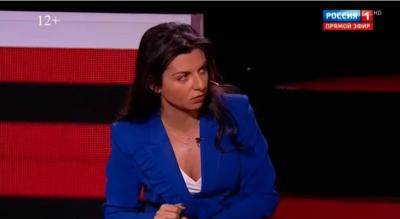 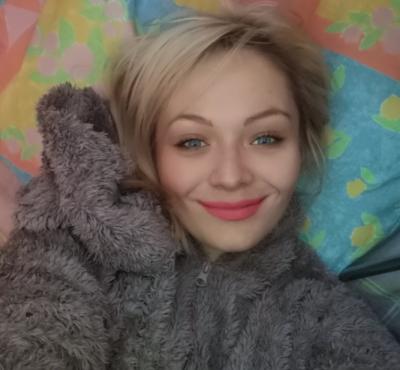 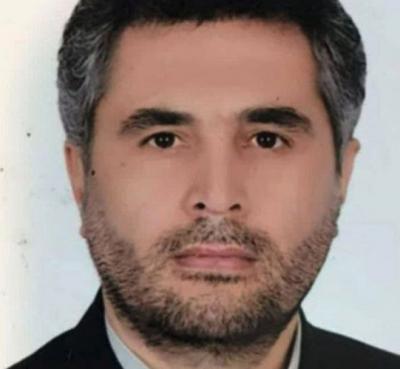 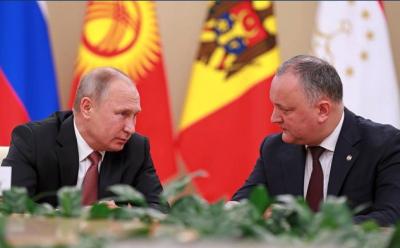